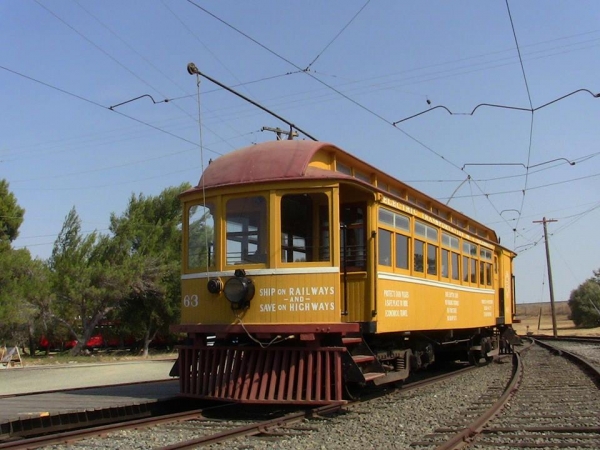 Petaluma and Santa Rosa 63 is a wooden combination baggage and interurban car with clerestory roof. It is a double-end, double-truck car.

This little wooden interurban car was built in San Francisco by the Holman Car Company in 1904. It ran between Petaluma, Sebastopol, and Santa Rosa with a branch to Forestville. Passenger service on the P and SR ended in 1932 and this car was dismantled. The car body was used as part of a house in the hills west of Fairfield until it was acquired by the Association in August 1967 and moved to the Museum on November 27, 1967. Members of the Association tore down the house to get the car body out of it. The car was restored to an operating car at the Museum. Trucks and traction motors were salvaged from Yakima Valley box motor 301.