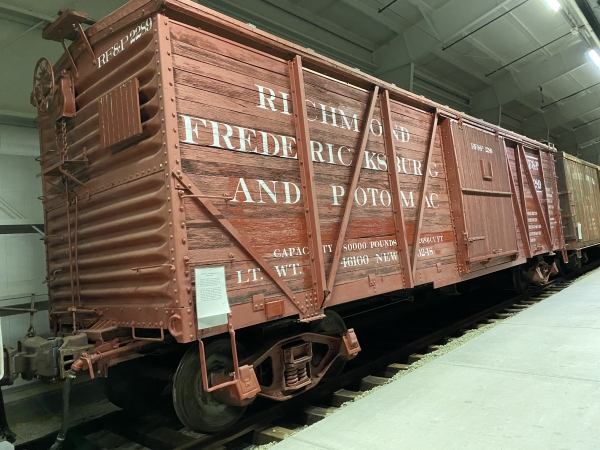 Richmond, Fredericksburg and Potomac 2289 is a single sheathed outside braced 40-foot wooden boxcar. The car is a copy of the Fowler design.

The car was built in February 1918 by the Pressed Steel Car Company as part of series 2251-2450. It has an 80,000-pound capacity and was intended for bulk grain service. This car was sold to the Minneapolis and St Louis Railroad where it was numbered 28080 in 1939. M and St. L retired the car and sold it to Hyman Michaels Company. The car was acquired by the US Navy in 1944, probably to replace equipment destroyed in the Concord Naval Weapons Station explosion that occurred at Port Chicago, California on July 17, 1944. Hyman Michaels’ ownership plates were present on the car when it arrived at the Western Railway Museum.