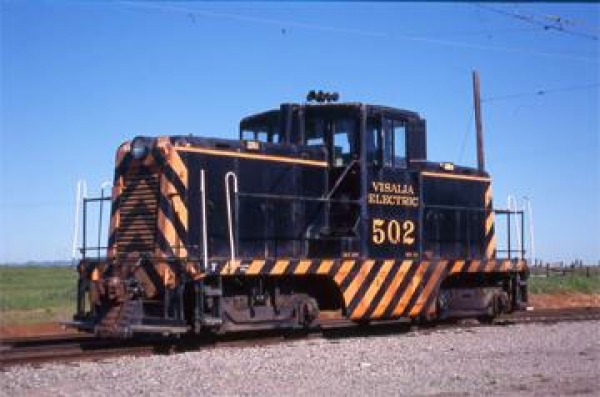 502 was built by GE in August 1945. It has two Caterpillar Diesel engines that drive two electric generators that power four traction motors. The reason to purchase 44-ton locomotives was the 90,000-pound rule in the 1937 labor contract with enginemen. This clause permitted railroads to operate locomotives below this weight without a fireman. 502 was one of a two locomotive series. The Visalia Electric determined that locomotive 501 was unnecessary and it was leased to the Southern Pacific in 1946 and sold to it in 1950. 502 remained the only locomotive on the VE from 1946 until it was retired in December 1971. It was stored in Bakersfield until it was donated to the Western Railway Museum in May 1973.