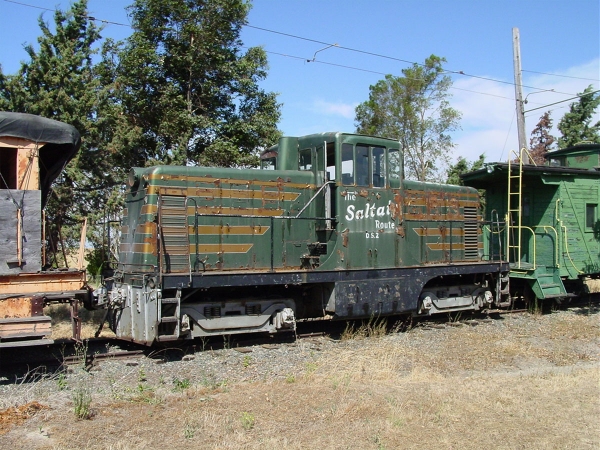 Locomotive DS-2 was built new for the New York, Ontario and Western Railroad as their number 105 (conflicts in records exist, may be 101) by General Electric on August 15, 1942. NYO&W purchased five 44-tonners from General Electric in 1941 for $181,000. The reason to purchase 44-ton locomotives was the 90,000-pound rule in the 1937 labor contract with enginemen. This clause permitted railroads to operate locomotives below this weight without a fireman. Locomotives 101 and 105 were sold to Hyman Michaels, a railroad equipment broker, in 1951 for $26,000 each. The Salt Garfield and Western purchased two locomotives and numbered them DS-1 and DS-2. With these locomotives the railroad was able to discontinue electric operation. The locomotives handled freight and occasional passenger service until they were retired in the 1990s. The locomotive was rebuilt by General Electric in 1966. Locomotive DS-2 was acquired by the Western Railway Museum from the Feather River Railroad Society on May 9, 2005.