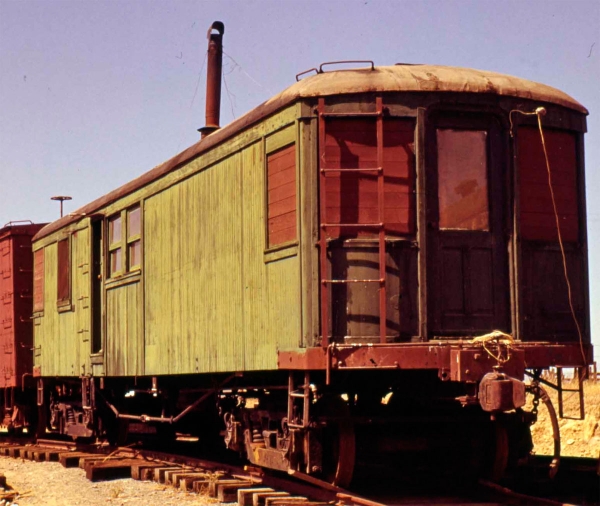 SN 602 as recieved after conversion to MoW service.

602 was built by the Holman Car Company of San Francisco for the Oakland, Antioch and Eastern Railroad in 1911. The car was built with a clerestory roof. The roof was rebuilt to an arch in order to better harmonize with the other OA&E equipment in 1914. It went through all the South End ownership changes always retaining its 602 number until it was retired from revenue service in 1948 and became SNMW 83. Car 602 appeared to be little used over its lifetime on the Sacramento Northern.