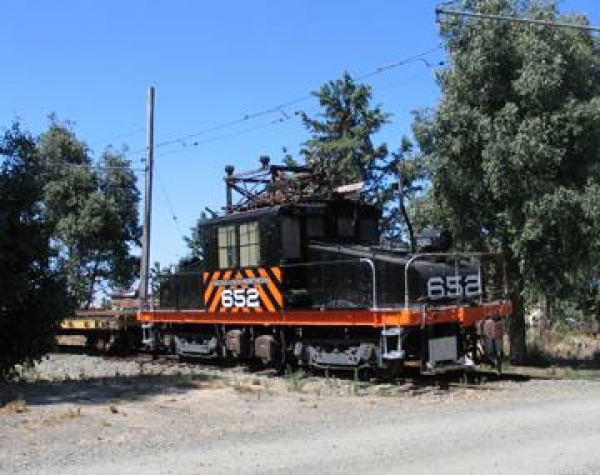 Sacramento Northern 652 is a 65-ton, steeple-cab, locomotive built by General Electric in 1928.