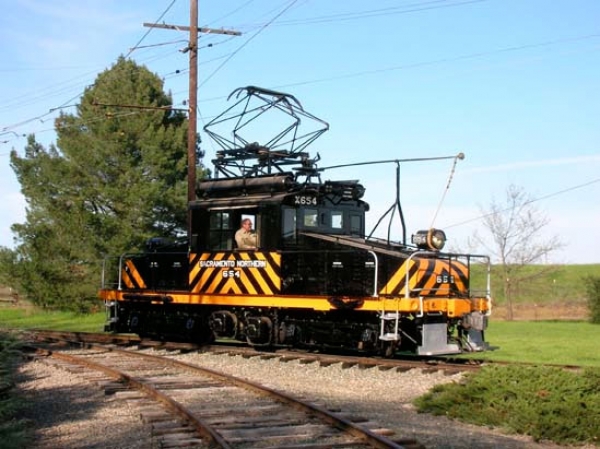 Sacramento Northern 654 is a 65-ton, steeple-cab, locomotive built by General Electric in 1930.

SN 654 was ordered at the same time as 652 and 653, but its delivery was delayed two years. By time it was delivered the Sacramento Northern Railroad and San Francisco –Sacramento merger had already taken place and it was delivered as SN 654. At some point it received the trucks from SN 670, which was the former Tidewater Southern motor 106 (GE May 1921, builder number 8438) that SN purchased second hand. Evidence uncovered at the Museum indicates that 654 was involved in an accident serious enough at some point in its life to require the replacement of one entire side sill. It was in service on the Sacramento Northern until the end of electric operation in 1965.