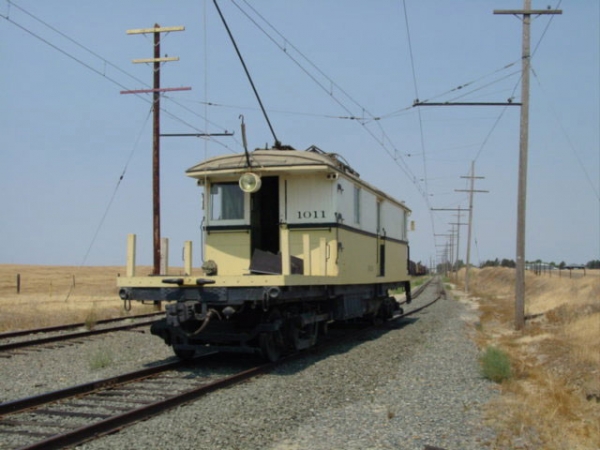 Key System 1011 is a home-built wrecking tool car with a steel underframe and wood carbody. One end has an open platform for carrying a spare truck. It is a double-truck, double-ended car with an unusual roofline due to a change in roof style. It was built with a clerestory roof, but the clerestory was removed sometime before 1920. A pantograph was installed for service on the Bay Bridge. The most notable feature of this car is that it is a two motor car, one motor per truck. Both trucks have the wheel sets connected together with side rods.

: This car was built by the Oakland Traction Company shops in Emeryville, Ca. in 1906. It was used as a wrecker on the Key System until electric rail operation ended in 1958. It was equipped with tools, blocking, tackle, and other supplies needed at the site of a derailment or other accident. The long open platform at one end of the car is where a spare truck can be carried so a damaged truck could be replaced. The 1011 is currently painted in the yellow, cream and black paint color scheme of the East Bay Transit Company, which was a division of the Key System from 1936 to 1942. This car was acquired by the Museum in 1958.