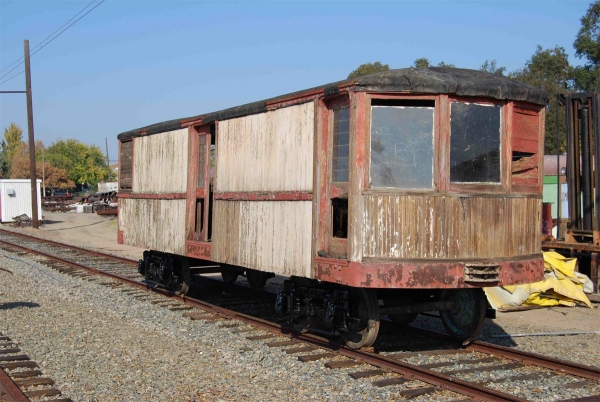 Key System 1014 is a home-built wrecking tool car of wooden construction. It has a fully enclosed body with wide center sliding doors similar in appearance to a box motor.

Car 1014 was built by the Key System Transit Company in 1928. It was rebuilt from San Francisco Oakland Terminal car 228, which was previously Piedmont and Mountain View Electric Railway car 140. It was used as the Central Carhouse wrecker. It was then taken off its trucks and used as a shed in the Bridge Railway yard. The car was acquired by the Museum in 1963.