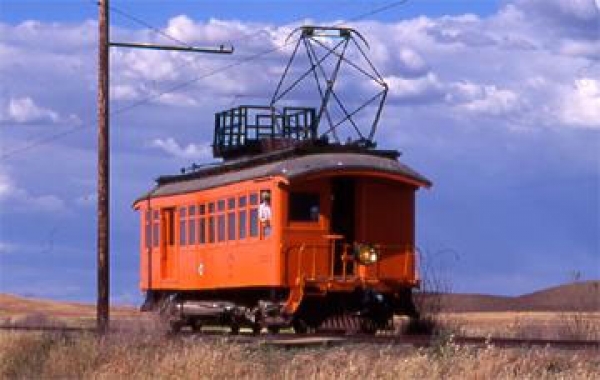 Key System 1201 is a wooden, double-end, double-truck, arch-roof, car built for the California Railway as a coach. It was converted by the Key System into a line car with a telescoping tower. The Key System cut baggage doors in the sides on diagonal ends, which is an unusual arrangement.

Car 1201 was built by the Carter Brothers Car Company of Newark, California in 1895. It was built as a coach for the California Railway as their car number 21 to be pulled by steam locomotives for operation between Oakland and San Jose. The car was acquired by the San Jose and Oakland Terminal Railway in 1915 and was motorized and converted by the Key System into a line car. It was used by the Key System to maintain their trolley wire until the end of electric operation in 1958. The Museum acquired the car in 1958.