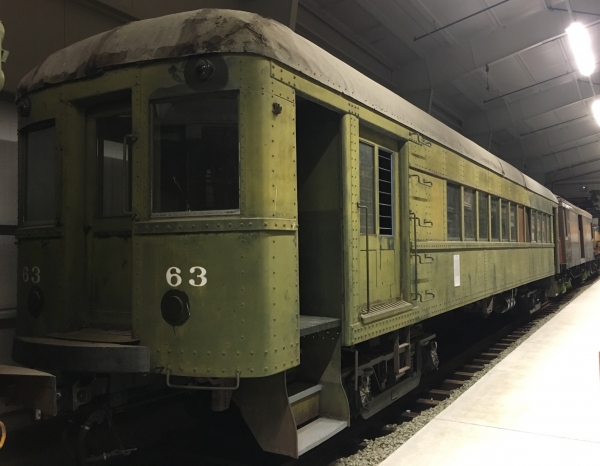 On January 22, 1932 the car house and substation of the SanOn January 22, 1932 the car house and substation of the SanFrancisco, Napa, and Calistoga Railway burned in a fire ignitedby an employee working on a bus inside the building.Motorcars 40, 51 and 60 and the substation were destroyed.The company decided to rebuild as an electric railroad andordered two new steel conventional interurban-style car bodiesfrom the St Louis Car Company. Numbered 62 and 63, thesewere equipped by the Napa Valley Route with with trucks,motors and controls from retired Niles cars.The San Francisco, Napa, and Calistoga Railway was reorganizedinto the San Francisco and Napa Valley Railroad in1935, but the car was always lettered "Napa Valley Route".Passenger service was discontinued in September, 1937, whichmade for a very short career for these cars.Napa Valley 62 and 63 are regarded as the last conventionalinterurban cars to be built in the United States.

1933: equipped with electrical gear by the Napa Valley Route.