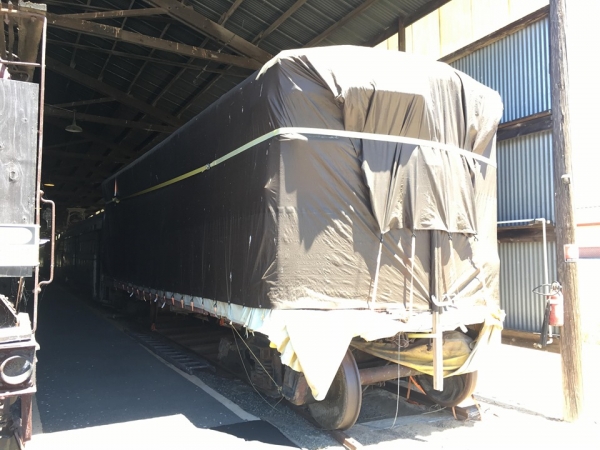 CCT 010 with a tarp over it for protection from the elements.

1944 sold and used as storage shed in Sacramento, California