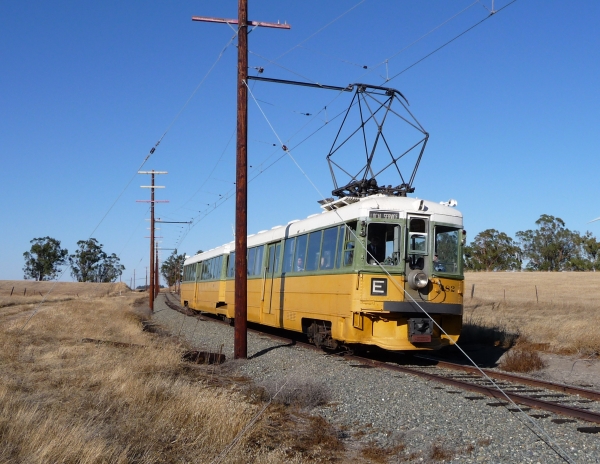 Key System 182 is a three-truck, two-car articulated all steel Unit designed and built to run over the San Francisco-Oakland Bay Bridge. It has an arched roof and large fixed windows.

These cars ran in trains across the Bay Bridge and in East Bay streets from 1939 to 1958. This car is currently configured in the early Pacific City Lines (post 1948) appearance. Later the roofs were painted a light brown to help hide dirt on the roof. Bay Bridge service replaced ferryboat service from the East Bay to San Francisco in 1939. These units ran in trains of up to 7 units on five lines in the East Bay. They are equipped with coded cab signals and speed control. Some units were built using equipment from older Key System cars. All three of the Museum’s Units were made mostly from new equipment. In 1936 Key System entered into an agreement with the California Toll Bridge Authority in return for funds to provide cab signals, train stop equipment and other modifications for operation across the Bay Bridge. The 182 was one of these cars deeded to and passed to the Authority on abandonment of service in 1958.