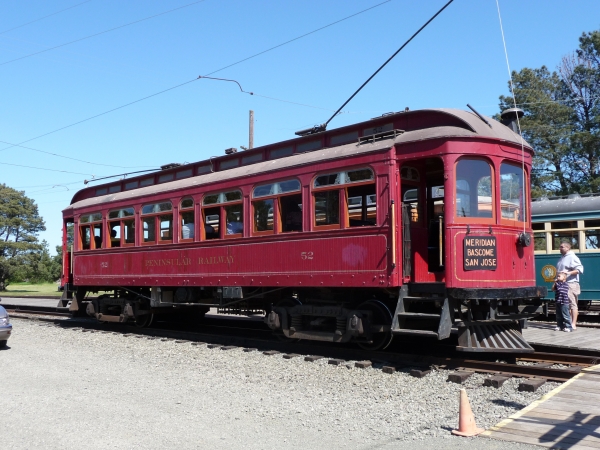 53 was built in 1903 by the American Car Company for the Los Gatos Interurban Railway Company as numbers 4 respectively. The even numbered cars were motors, but the odd numbered cars were trailers. The 4 also carried the name "Granger" In 1909, the Southern Pacific consolidated the electric lines around the San Jose area into the Peninsular Railway.

After the discontinuance of passenger service, the electrical and mechanical equipment was stripped. The 52's body was sold and used as a covered sewing room outside a residence in San Jose.