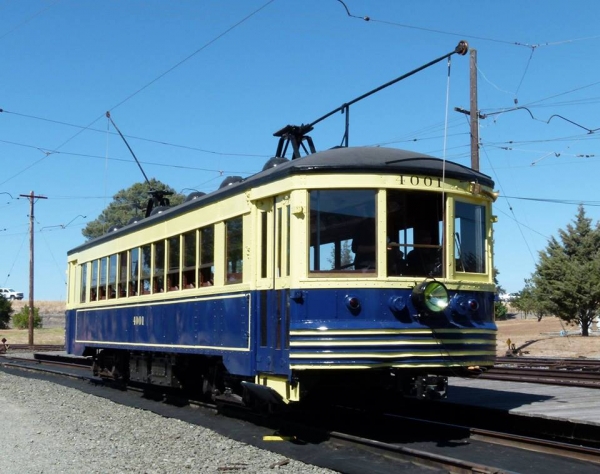 Portland Traction Company 4001 is a lightweight, double truck, steel car built for suburban operation by the Kuhlman Car Company. It is currently painted in the blue and cream livery in use by Portland Traction at the time of the car's arrival at that operation. The car features twenty leather covered walkover seats and minimal mahogany wood trim around the windows. It is typical of the construction used in the electric railway industry from about the end of World War One to the beginning of the streamlined era in about 1930. The car was powered from an overhead trolley wire carrying 600 volts of direct current.

Portland Traction 4001 was built in 1926 by the Kuhlman Car Company of Cleveland, Ohio as part of an order of six cars, Interstate Public Service Company 261-266. At this time Kuhlman was a subsidiary of the J. G. Brill Co. of Philadelphia. Car 4001 was built for the Interstate Public Service Company as their 262 for use on its suburban lines in the Louisville, Jeffersonville and New Albany area. These cities are located in Southern Indiana and Northern Kentucky along the Ohio River.

In 1929 a new municipal highway bridge opened across the Ohio River between Louisville and Jeffersonville. This afforded bus competition a shorter route than the Interstate Public Service suburban operation and it was discontinued. The Indianapolis interurban continued using this route. Indiana Public Service cars 261 to 266 had specially reinforced end bumpers for additional protection for use on routes where standard interurban cars were also used. These cars proved not to be well suited for mainline service and were little used after the 1929 abandonment of the suburban operation. Reorganization resulted in Interstate Public Service Company becoming part of the Indiana Railroad in March 1931.

In December of 1938 an agreement was signed with National City Lines for the purchase of the Terre Haute city lines. NCL was interested only in bus operation and all streetcar service was discontinued on June 3, 1939. The six Jeffersonville cars were sent back to Scottsburg Shop for storage.