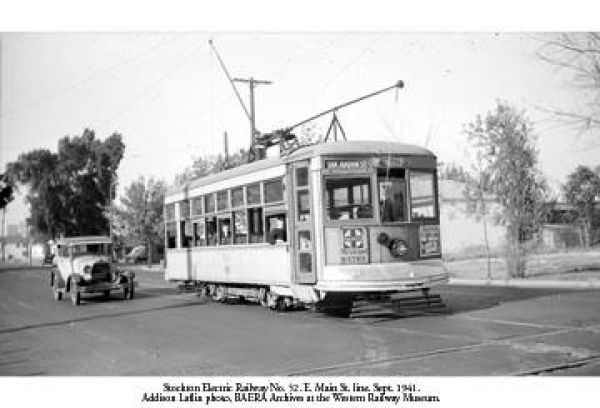 The 52 is one of 15 Birney cars numbered 46-60 ordered by the Southern Pacific Railroad, owner of the SERy. The cars were built with the distinctive large anti-climber unique to cars on SP properties. SP sold the Stockton system to Pacific CityLines, after which streetcar service lasted until late 1941. At the end of streetcar service, Stockton City Lines had become an all-Birney operation. The car was acquired and moved to the Museum in August 2003.