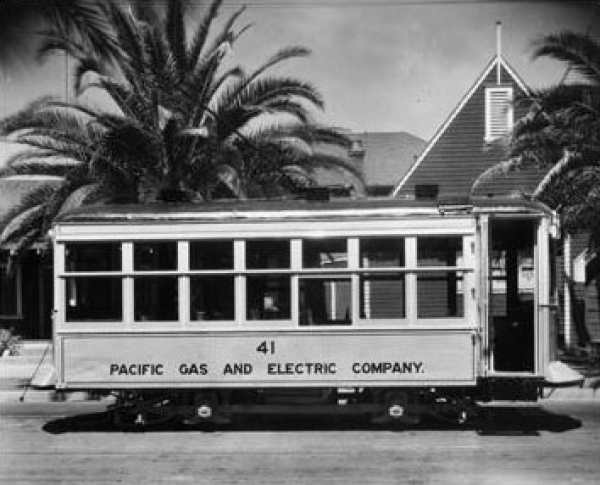 Pacific Gas and Electric is a double-ended, single-truck, Birney car that ran in Sacramento, CA. This car is an early design with only seven windows and no platform knee. It weighed six tons and seats 28 passengers.

This car was built by the American Car Company in their St Louis, Mo. plant in 1918. It was purchased by Pacific Gas and Electric for their Sacramento streetcar operation and spent its entire working career on this system. It was retired prior to Sacramento City Lines take over of the system in 1943. It was part of series four car series 41 to 44. After retirement the car was used as a shed in Elmira, Ca. It was acquired by the Museum in 1976.