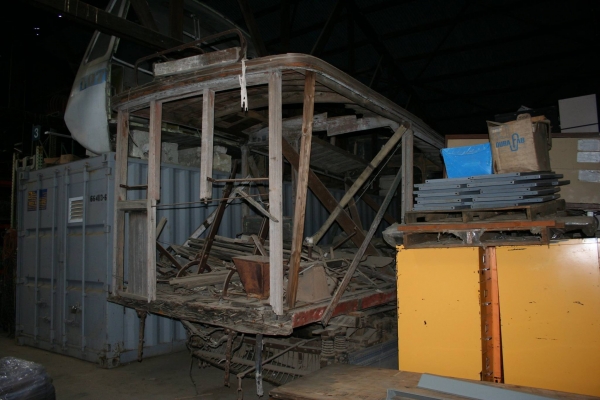 This car was built by J. S. Hammond Car Company in 1895 for the first Market Street Railway Company (1893 to 1902). Then it became United Railroads 755. It was sold to Presidio & Ferries Railway in 1906 following the San Francisco earthquake and fire for the electrification of its line that ran from the Ferries to the Presidio (the Union Street line) that consisted of horsecar, cable car and steam services. The San Francisco Municipal Railway acquired this car when the P & F franchise expired in 1913. It became their car 317. When retired from revenue service in 1922 it became San Francisco Municipal Railway work car C-4 and was retired in 1946. It was acquired by traction preservationists Robert Townley, Val Golding, and J. G. Graham in the spring of 1947 for $80.00. The car was stored on a farm in Pescadero until the Bay Area Electric Railroad Association acquired it January 1965.

1947: purchased by a group of individuals